It is said that we spend as much time with our work colleagues as with our friends and families. More, in many cases. And for this reason, it is essential that we get along with those who we’re forced to spend time with.

In some cases, though, this can be easier said than done because everyone knows at least one or two people within their office environment who are just so, well, annoying. The weird thing is that the people who have the most annoying habits often don’t realise it and they carry these from job to job. This is one of the aspects of the task that events recruitment companies can find a little awkward to deal with when placing candidates. Here, in no particular order, is our round up of the most common office annoyances.

This one tops most people’s lists. In every office there is always one who brings in the most pungent food for lunch and proceeds to eat it at their desk. While the smell of fried onions, garlic bread or chicken curry is the stuff of your dreams after a night out it can be a little overwhelming during the day particularly if the owner of said stinky food deposits the remains in the bin next to your desk.

Speaking of bad smells, how many of us have worked with a colleague who is lax in the hygiene department and doesn’t appear to know one end of a deodorant can from the other? This is the most difficult annoyance to deal with because nobody wants to be the one to tell them, so we simply put up with it. 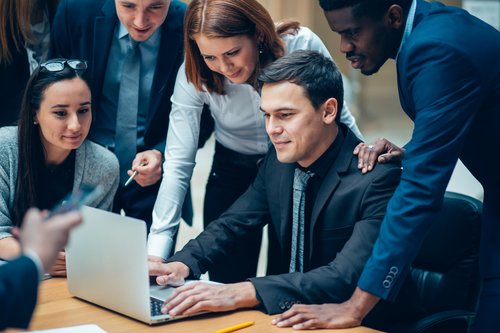 When you’ve spent months working solo on a new contract that you know is going to bring in lots of extra business for your company it is infuriating when someone else steps in to claim all the credit for work you’ve done when all they did was answer the phone!

There’s an old saying about a person who is miserly – ‘short arms and long pockets.’ The person who neglects to buy their round in the bar after work is often the one who’ll make themselves a hot drink in the office but ‘forget’ to make one for anyone else. You often find that they resent putting money in the biscuit kitty too, but it doesn’t stop them dipping into the biscuit tin whenever they feel like it.

Stories abound in many different workplaces about workers who prioritise checking their social media accounts and eBay watch lists before doing anything that can resemble work. Making personal phone calls on their mobiles is also a source of annoyance to others particularly if the conversation is of a very personal nature and especially if they have a really annoying ringtone. When most are hard at work the last thing they need is hearing the constant ping and buzz of the office social butterfly’s mobile phone.

We all know one of these. The Office Martyr is the one who struggles valiantly into work even though they’re suffering from a horrendous cold and they proceed to cough and sneeze over everyone within range. When they’re not spraying germs around they’re telling everyone how ill they feel and what an ordeal it was for them to get out of bed and come in to work. The Office Martyr would gain more respect by staying home to recover rather than risk spreading illness among their colleagues.

Even though we are more aware nowadays of what constitutes sexual harassment there are still those who can’t keep their wandering hands to themselves. The inappropriate touching may be more subtle in these enlightened times but many workers, both male and female, still have to put up with a colleague who thinks it’s fine to place a hand on the small of the back or an arm around the shoulders or to lean in a little too close. Personal boundaries must be respected for the sake of harmonious working relationships. 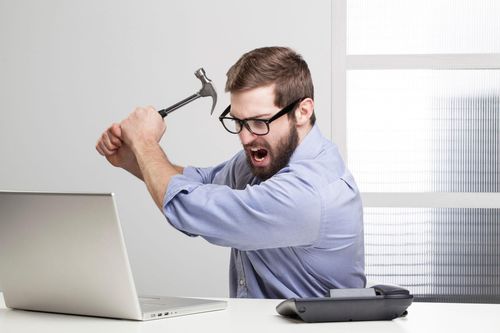 No matter how good or how expensive an IT system is it is really annoying when computers crash especially if you haven’t saved and backed up the project you’ve been working on for a week. The cherry on the cake is when the best advice that the highly paid company IT expert gives you is ‘switch it off and then switch it back on again.’

Meetings are opportunities for employees to get together and discuss ideas, progress and future plans. Or at least that is the theory anyway. There can be several things that annoy people about office meetings:

It is said that the most trivial things have the highest annoyance factor and the lunch thief is very high up the list. If you have ever opened the fridge door to find that delicious lunch item that you were so looking forward to has disappeared you will know how truly maddening this is, not least because you will never find out who the dastardly thief is. The most audacious of cat burglars have nothing on the office lunch thief. The only hope you have of foiling them is by clearly labelling everything that is yours.

We’ve no doubt you can come up with other examples of your own because from over-emotional colleagues to irritating loud laughs and bad bathroom etiquette when it comes to office annoyances the list is almost endless.